Balloons in the meadow 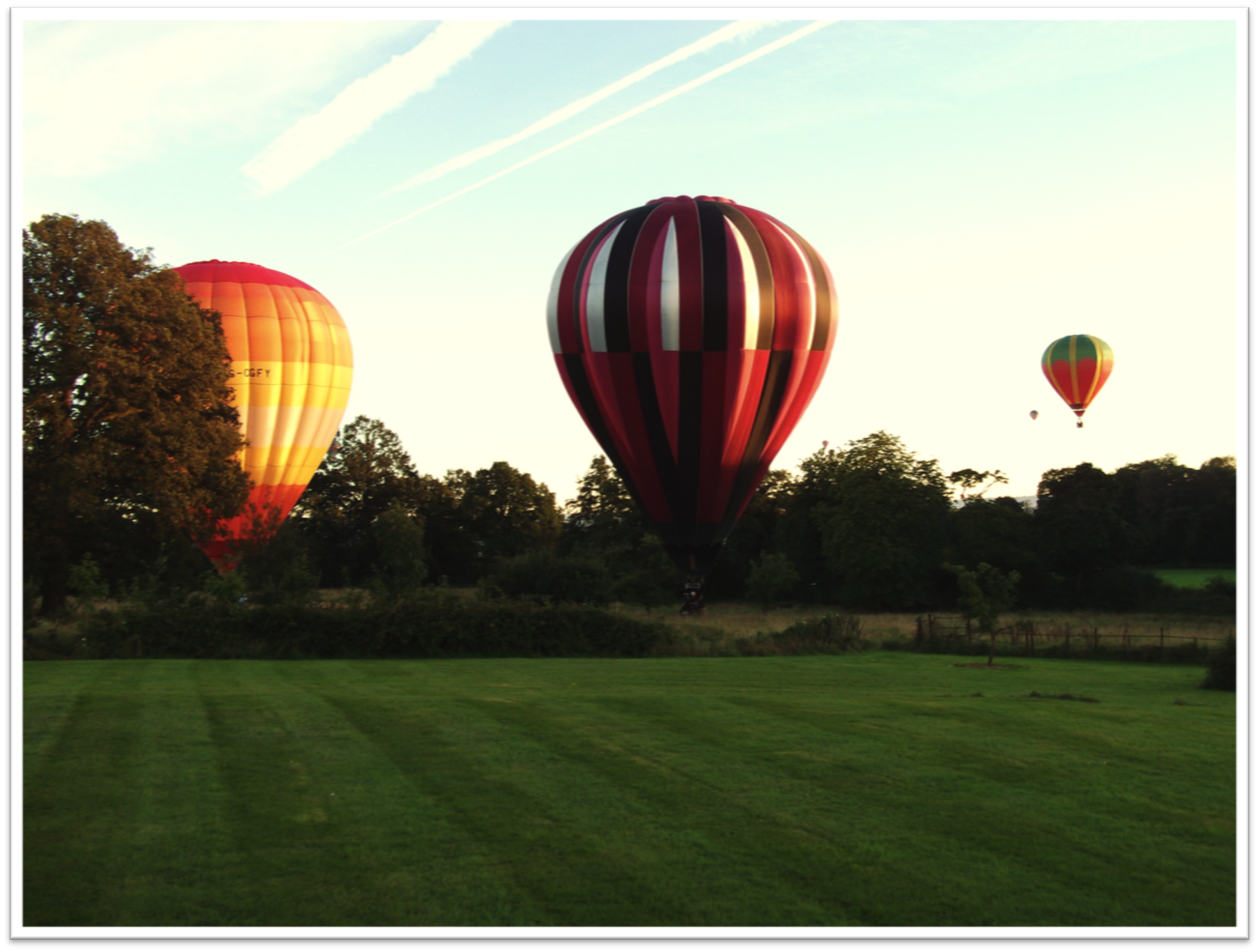 Lovely Louise, who is a regular – more than a regular, part of the family – has seen so many changes here at Simply Healing, the creation and development of it, that she is never surprised by what may happen on her stay. Recently, so as not to disappoint her, a group of local fundraisers in hot air balloons descended upon our meadow.

They were raising money for Chase, the children’s charity. As the sun was setting over the trees the pilots landed, two in the meadow and three in the field, to great excitement. We took many photographs, but soon the issue arose: how do they get out? The only way was through a small gap in the gardens, which meant driving over our lavender bush in a 4×4… But the smell of lavender on the evening breeze was so powerful as the crushed buds gave up their exquisite aroma that all was forgiven. It was a magical summer’s night.

There were 13 balloons – unlucky for some, but not for us! One guest was so impressed that she was soon on the phone praising not only the beautiful country mansion but also commending Vivien’s evening entertainment. So you see, you never know what’s round the corner at Simply Healing – or out in the meadow!