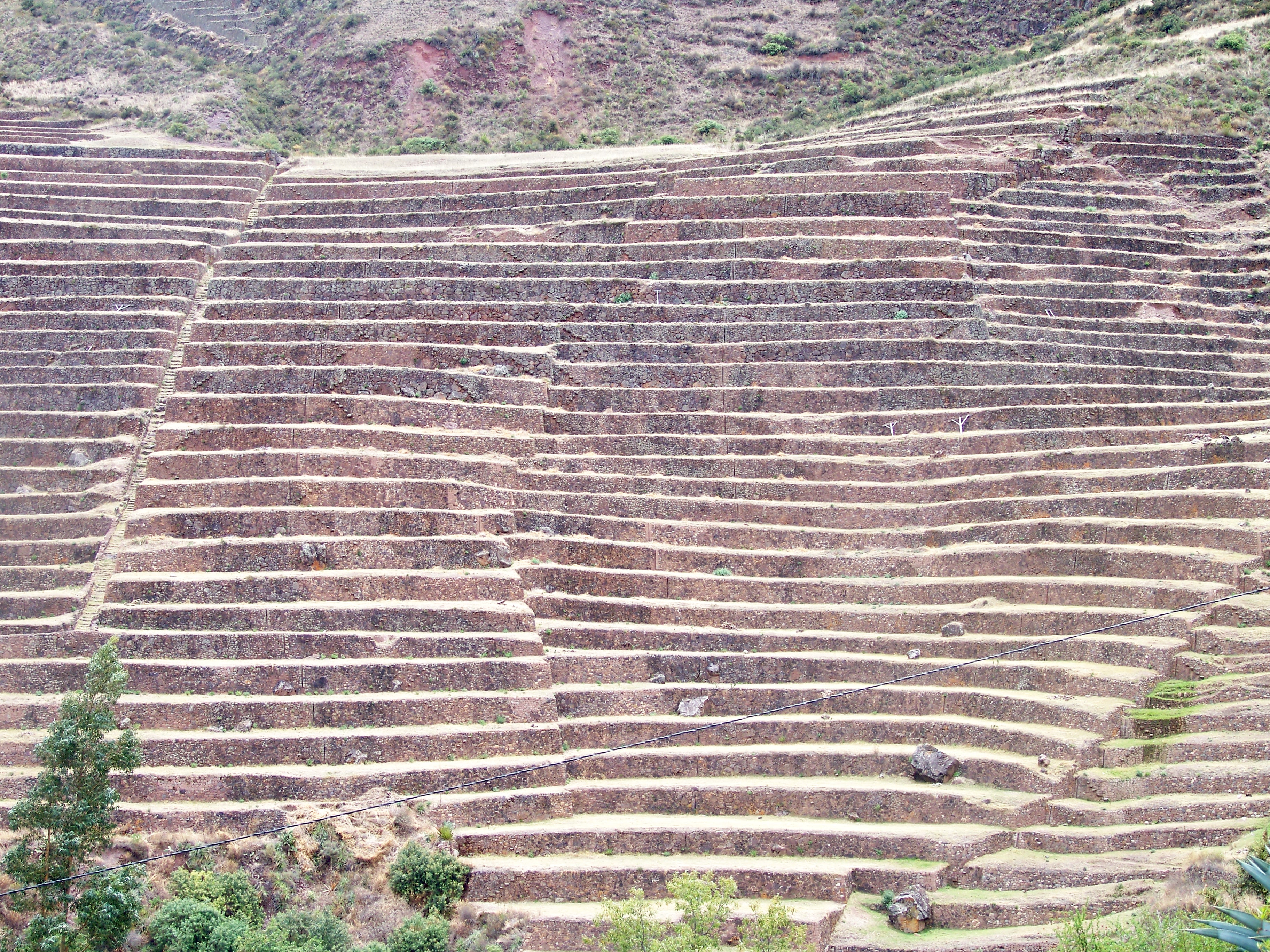 This is why we had to get Pedro some proper shoes…

So off with the shorts and sarongs, and off to Cusco with our hiking boots, ponchos and rucksacks, ready to visit the Sacred Valley and Pisac. Pedro the shaman told me he would be conducting the ceremony at the Pisac temple. But when I looked at his shoes I wondered how he was going to walk up the mountain without his normal walking boots. He said he’d left his boots by his bed, so there was nothing for it but to go to the market to get him some – and that was the start of the shopping. Everyone wants to shop in Peru, it’s the colours, the textiles – we all thought it would be nice to take something back to grey England that was warm and colourful.

We stayed in a different hotel in the Sacred Valley to the one I normally choose, and this one had the most incredible labyrinth and firepit for use in ceremonies. It made me very happy to see this incorporation of ancient culture into a modern day facility. We were the envy of other hotel guests as I had organised a fire ceremony for one of the nights. The indigenous staff that worked there made a point of placing offerings on the fire, which is traditional. This was the beginning of our Sacred Valley ceremonial journey to Machu Picchu.

By this time the girls had become good companions, supporting each other through their highs and lows. I lost track of the exclamations of delight as we visited temple complexes and ancient sacred sites that were off the beaten track, which always have something magical about them.

And there was so much laughter. For a change I asked the driver if he knew a different route back to the hotel and he said yes, over the mountain. Minutes later, having wound round and round in a spiral on this bumpy old mountain road I was beginning to think I’d done the wrong thing. And as we came round one very tight bend the bus stalled – right by the edge. A little voice in the back of the bus piped up, and my grandson said, ‘should we all move to the front of the bus at this point?’ At which we all absolutely cracked up laughing. The driver reassured us that it was OK, and sure enough off we went.